If you're planning to shop until you drop when visiting London, you won't want to miss out on these great locations

If you’re thinking of going shopping in London very soon then this article will give you an insight of what areas are home to certain stores and markets, and also give you a better understanding of where the best places to go are when planning your shopping trip to the city. So, get your shopping bags ready because there is plenty of shopping greats about to be revealed. 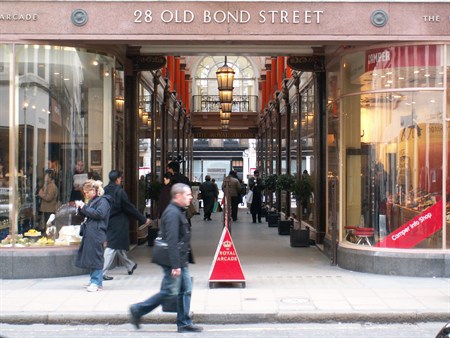 Famously known for being the most expensive squares on the Monopoly board, Mayfair and Bond Street are living up to their board game reputation! But don’t let that put you off! Yes, of course Mayfair and Bond Street are the perfect places to be if you’re ready to splash some serious cash on top quality designer clothing, but as the scenery and the buildings in these areas are so beautiful it’s perfectly fine if you just fancy a luxury window shop. These famous locations are home to some massive brands such as Louis Vuitton, Burberry, and Tiffany & Co. Celebrities have often been caught taking strolls around these areas, so who knows, you could bump into a star or two… 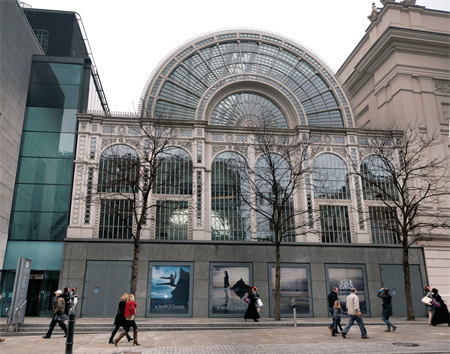 A popular choice for the younger generation, Covent Garden is widely known for its latest urban street trends and funky cosmetics. You can find stores such as Nike, Russell & Bromley, Adolfo Dominguez and Fossil. However, Covent Garden isn’t just a  young fashion area, you can also find imaginative Arts & Crafts at the Covent Garden market, which makes Covent Garden popular for people walking aimlessly around window shopping, (which is what most of us do). If you decide to get down to Covent Garden, make sure you don’t miss out on these surrounding attractions: Floral Street, Monmouth Street, St Martin’s Courtyard, Short Gardens, Seven Dials and Neal’s Yard.

When it comes to London shopping you can’t leave Regent Street out! What makes Regent Street special is that it’s home to some of the city’s oldest and most famous shops, including Hamley’s, Liberty and The Apple Store. If you’re looking for a shopping spree then this street is the place to be… With mid-price retail stores being the theme of this area, you are bound to find a bargain at one of the many popular stores such as GAP, H&M, All Saints and Massimo Dutti. Heading over to Jermyn Street, known for its specialities in men’s fashion, you’ll find clothes so typically British that if you walk down the street you could turn into an old fashioned gent instantly! With Benson & Clegg shirt makers and John Lobb shoe makers, you could probably guess from a mile away how excellent Jermyn Street is for classy men’s fashion. The heart of London shopping, with over 300 shops on one street, this could be your idea of heaven! As well as being home to the legendary Selfridges, Oxford Street still has more to offer, with many other major department stores such as John Lewis and Debenhams dotted among every high street retail store imaginable, Oxford Street is a modern day shopper’s paradise. Not a fan of the busy crowds? You can quietly slip on to the nearby Berwick Street and St Christopher’s Place, which also hold a few shopping gems. With an excellent market located on Berwick Street and a wide range of places to grab a bite to eat on St Christopher’s Place, such as Pizza Express, Made in Italy and many other tasty restaurants, you can rest up and get ready for round two on Oxford Street. Now, Notting Hill wouldn’t normally spring to mind when thinking about London shopping, but we thought we would throw it in there just to shake things up! We guess that the name of the area is better known for the film ‘Notting Hill’ than it is for shopping, but nevertheless, Notting Hill offers something a little different compared to the mainstream shopping streets.  Notting Hill holds small unique shops selling unusual vintage clothing, rare antiques, quirky gifts, books and organic foods. Oh, there is also the unmissable Portobello Road Market – a mile long street hosting an array of all different stalls daily. Notting Hill’s neighbour street Westbourne Grove offers stylish designer shops mixed among quirky boho boutiques, vibrant cafés and art galleries; these two streets really do hold their own in the city’s shopping world.

There you have it, Twin’s best places to shop in London. The stores, restaurants and markets are top-notch and you can really make your shopping day out in London something to remember. We hope you’re itching to get to London and shop until you drop!