Love films? Visit one of the best cinemas in London for an unbeatable experience

As a city rich in culture, it’s not surprising that film is a major industry in the capital, and its range of unique cinemas reflects this. It seems like new films are released every day, so while staying in the capital visiting a cinema is a great way of passing some time; there’s always something on to suit every taste, from action and horror to romance and art-house. In the UK, exciting films being released soon include The Fault in Our Stars, Belle and Jersey Boys, and if you’re visiting to learn English, watching films in the language is a great way of helping you to pick it up faster. So, once you’ve decided that there’s a great new film coming out that you have to see, how do you decide where to go and see it?

In an area famous for the film it’s named after, Notting Hill, you’ll find one of the most unusual cinemas in London, the Electric Cinema. A variety of films are on show, whether you want to see a box office hit or French drama. There is a bar serving cocktails and other drinks as well as various delicious snacks to enjoy during the film. The really unique thing about this cinema though, is the seating arrangements, as this could possibly be the cosiest cinema in the city. You can choose to relax during the show in either an armchair, on a sofa, or, if you wanted to get really comfy, in one of six double beds. Although this isn’t the cheapest option on offer, for fans of the big screen this surely isn’t something to miss. There’s also a diner just next to it, serving amazing French-American food all day long, so we recommend going here before enjoying a cosy film experience.

To follow the theme of luxury, this next cinema is perfect for those who like fine dining. At Whiteleys shopping centre is The Lounge, the Odeon’s most luxury cinema experience. What better way to relax after a long day of shopping than to sit in reclining seats with plenty of leg room, and at the touch of a button you can call a waiter who will be ready to serve you anything from the luxury menu, from a glass of wine to smoked salmon. Tickets aren’t cheap and The Lounge is strictly over 18s, but this definitely a first-class experience.

The BFI IMAX in South Bank is home to Britain’s largest screen at 540 square metres, and therefore probably also the most famous place to see a film in the country. If you’re looking for a real blockbuster experience, this is the place to be, as the cinema allows you to become totally immersed in whatever you’re watching. A short distance away, also owned by BFI, (the British Film Institute), is BFI Southbank. This cinema is famous for showing foreign, independent and classic films, so whatever area of cinema or sort of experience you’re looking for, South Bank is a great place to visit. 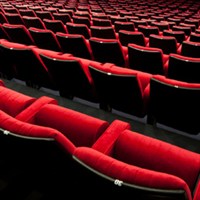 A blog about cinema in London wouldn’t be complete without mentioning Leicester Square, as the home of many huge premieres every year. When you’re in London, it might even be worth checking out if there are any big premieres scheduled, as if you arrive early enough it’s a great way of getting a glimpse of some big stars! Big cinemas in the Square include Odeon and Empire, but we also recommend you wander slightly away from Leicester Square to the Prince Charles Cinema, for the same great experience, but as an independent business, at often much cheaper prices.

Drama, thriller, comedy or romance – whatever genre of film you prefer, we hope that this post has helped you decide where to go and see some of the amazing films being released in the UK this summer, at some of London’s best cinemas.