The Best Views in London

London is a beautiful city and offers plenty of places where you can really appreciate this, high above the ground. If you’re staying with Twin Accommodation in the capital, you’d definitely be missing out if you didn’t visit some of these places to admire the most amazing views of the city.

We start off with one of London’s most famous landmarks, the London Eye. When it was built in 1999, it was the tallest Ferris wheel in the world, and despite being overtaken since then, it’s become the most popular tourist attraction in the UK that you have to pay for, which is not surprising as it guarantees some fantastic views. On a half hour flight on the London Eye, you’ll be over 100 metres off the ground, and on a clear day you might be able to see as far as Windsor Castle. 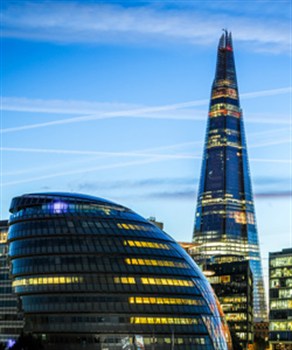 Another famous spot for great views is the Shard. This unbelievable 306 metre tall structure really is a skyscraper. On the 72nd floor, at 244.3 metres, is the View from the Shard, London’s highest viewing platform with an open-air observation deck too, which, of course, offers unbeatable views. It’s not just worth visiting for the view though; the 72nd floor is currently home to London’s highest lawn, perfect for summer, a champagne bar, and regularly hosts silent discos.

Maybe not quite as famous as the event it was built in celebration of, but continuing to offer some spectacular views, next on our list is the ArcelorMittal Orbit, the tallest sculpture in Britain. It opened as a viewing platform to the public just a few months ago, and since then people have been boasting about the views. The ArcelorMittal Orbit is located in the Queen Elizabeth Olympic Park, next to the Olympic Stadium, and is a visual masterpiece created for the London 2012 Olympic and Paralympic Games. 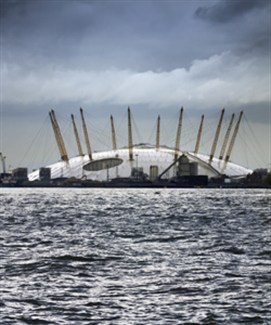 Next up is another distinctive landmark, the O2. Previously known as the Millennium Dome, the eye-catching structure was completely redeveloped inside to open in 2007 as a brilliant entertainment venue, home to a variety of restaurants, bars, a cinema, and a world famous arena that hosts huge concerts. One of the best things about the O2, though, is the unique experience of Up at the O2. Up at the O2 allows you to climb the outside of the dome for amazing 360 degree views of London, including Canary Wharf and Greenwich.

The final way to see London from the sky is actually advertised as a mode of transport – the Emirates Air Line – a cable car. This is a really unique way of crossing the Thames and getting from one great London attraction to another, but the best part about it is you won’t be stuck underground on a tube; you’ll be high up in the air admiring the views!

Day or night, don’t find yourself just gazing up at these massive landmarks – journey to the top of them! London has one of the most famous skylines in the world and the best way to view it is as high above street level as possible. Don’t forget to bring your camera!