The Most Famous Theatres in London | Twin Accommodation Blog

When visiting London, catching a performance at one of the capital’s most famous theatres is a must

The Most Famous Theatres in London

London’s is one of the best places in the world for fans of the theatre to visit, with some beautiful theatres staging some of the most popular shows in the world. The West End is the obvious choice for theatre-goers, but there are a few other gems around the capital that you should definitely look into. From musicals to Shakespeare, London always has a production on to suit every interest, so what better way to spend an evening in the capital if you’re staying there with Twin Accommodation. 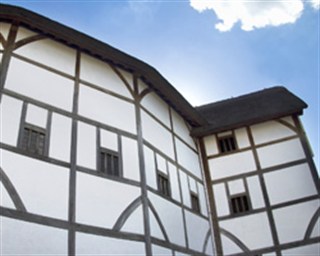 Shakespeare’s Globe is one of the most famous theatres in the world. The original Globe Theatre was built by Shakespeare’s playing company in 1599, but unfortunately was destroyed in a fire. It was rebuilt but closed shortly after, however, the magic can still be experience at its modern reconstruction – Shakespeare’s Globe. As it is based on the original, it perfectly demonstrates how Shakespeare and his company worked to create the ideal space for famous plays such as Romeo and Juliet and A Midsummer Night’s Dream to be performed. The theatre is open-air, so plays are only on offer during the summer months, but if you can make time for a visit you definitely should, as there’s no better place to see a Shakespeare play.

Another famous theatre is St. Martin’s Theatre, which has been host to the same play, The Mousetrap, for over 40 years. Despite only being a relatively small theatre on Shaftesbury Avenue, (one of the most famous streets in the West End, home to a number of well-known theatres), the intimate atmosphere is perfect for watching the gripping murder mystery play, written by Agatha Cristie. The play is actually the longest running play in the world, having now been performed well over 25,000 times. It’s obviously timeless and brilliant, so you should definitely check it out.

Next up, arguably the most famous theatre in London, is the London Palladium, also in London’s West End. It has hosted a variety of shows, many of which have been recorded for TV, and a number of famous stars have performed there over time, including Elton John. The annual Royal Variety Performance, an important night of entertainment in the UK, usually attended by the Queen, has also been held here a number of times. If you’re coming to London this Christmas, you should definitely try and get tickets to Cats which is opening there this December.

Finally, we move from the West End to South Bank, a true hub of culture in the capital. The National Theatre is actually home to three brilliant theatres, each of which hosts fascinating plays for a number of weeks, so unlike West End theatres, you can almost always be guaranteed to get the chance to see something new and exciting here. Things coming up in the next few months to look out for include a contemporary adaptation of Romeo and Juliet, and Treasure Island, based on the great English novel by Robert Louis Stevenson.

If you’re interested in theatre, London should without a doubt be your top place to visit to see some amazing shows. The atmosphere at London’s theatres is unbeatable, whether you go to see a hugely popular musical or a unique contemporary drama. With so much to choose from you could easily go every night if you wanted to!